I don’t know where the last two months have disappeared to, but I sit here with my fingers hovering over the keyboard unsure what to type in sheer embarrassment of lack of posts over the festive season. The list of recipes I intended posting lies on the kitchen counter as a constant reminder – and does nothing but grow as I add delectable ideas to it. So my apologies. December saw family visiting, a wedding – and my first attempt at a wedding cake – followed by a rather rushed dash to the southern tip of Africa to spend a few glorious weeks in the dry heat interspersed with road trips, big blue skies, quiet glasses of chilled wine at dusk, quality time with my favourite nephew, glorious sunsets, endless beaches and radiant sunshine. And then back to dreary London I trudged, braced to face the wintery weather and a new year of work. 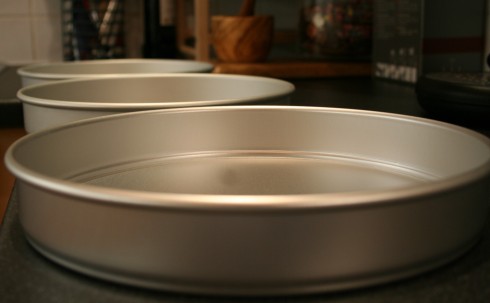 The only highlight in sight was my other half’s birthday just after New Year. His favourite sweets are any variety of haribos – and he loves a can of pop – so when I came across a recipe for coke cake I couldn’t see any further and had to make it  – swapping the suggested smartie decoration for haribos.

This cake is not for the feint-hearted. It not only contains coca cola, but more butter than seems acceptable for cake, as well as melted chocolate and marshmallows and lashings of buttermilk. Do not, however, let this put you off baking it – it is probably one of the best, dense and moist chocolate cakes I’ve made – and one perfect for any celebration.

I do think though, that what makes this cake is the sour cream ganache – which tones down its rich sweetness.

This recipe is adapted from the Outsider Tart’s Baked in America by David Lesniak and David Muniz.

Preheat the oven to 180°C (160°C for fan oven). Butter three 9″ round cake pans and line the bottoms with baking parchment.

Place the butter and coke in a saucepan over a medium heat until the butter melts. Add the marshmallows and dark chocolate chips and stir until both have melted. Let the mixture cool for 10 minutes.

Sift the flour, cocoa powder, baking powder, bicarbonate of soda and salt into a medium bowl and whisk to combine. 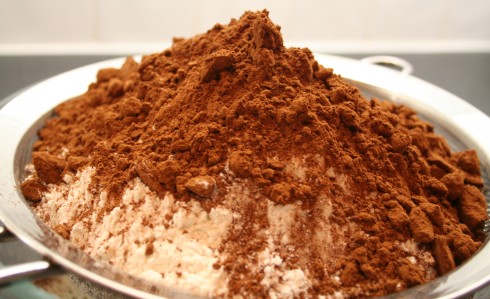 Using an electric mixer to thoroughly combine the sugar, oil and vanilla extract on a medium speed. Reduce the speed to low and add the eggs one at a time, beating well after each addition. 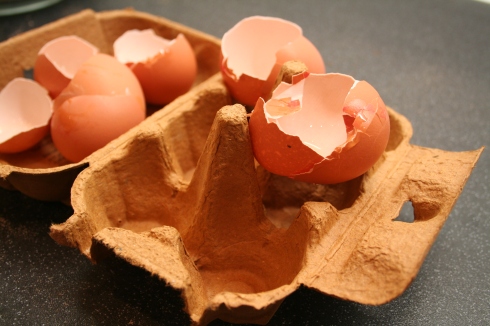 Add the cooled chocolate mixture and stir until evenly incorporated – the mixture should have a consistent colour. Alternately add the flour mixture and buttermilk in three or four additions, beginning and ending with the dry ingredients and stirring until just combined. Divide the batter evenly among the prepared cake tins.

Bake for 35 to 40 minutes until a knife inserted into the centre of each comes out clean. It’s best to rotate the pans front to back, top to bottom two-thirds of the way through baking.

Turn out on a wire rack and allow cakes to cool completely. Whilst cooling – make the frosting. 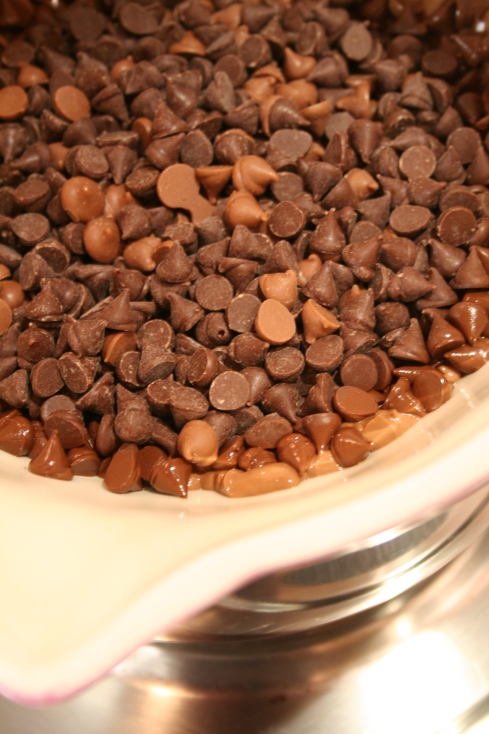 In a heatproof bowl over a pan of simmering water melt the chocolate. Stir occasionally to hasten the melting. Remove the bowl from the heat and whisk in the sour cream and vanilla.

Let the frosting cool to room temperature, stirring occasionally when you pass the bowl. Avoid the urge to beat it to cool it faster as this will change the texture. Not that it will be awful, but the point of this frosting is it’s luxuriously smooth satin finish. Timing will vary depending on how warm the chocolate was before adding the sour cream, but for the most part it’ll be ready to use in about half an hour. 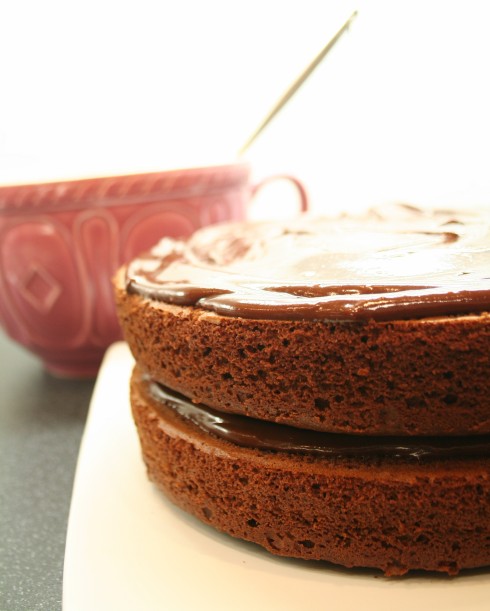 Once it’s thick enough to spread, frost the cake rather quickly. as you work, the frosting will set and thicken. If it hardens before you’ve frosted the cake, gently reheat the frosting in a bowl over simmering water and start again.

I am a thirty-something professional living and working in London. As a child I envisioned my life sprawl starting with half a decade of intense work and a glittering career, firmly followed by marriage, children and a life as a blissful housewife, passionate cook and writer. Now in my thirties I wonder how my plan fell apart? And so now my days are spent staring deligently at an office computer whilst my mind runs rampant inventing new recipes, dreaming of a way to become a trendy housewife in an age where it's no longer fashionable - as I long to lose the nine-to-five. END_OF_DOCUMENT_TOKEN_TO_BE_REPLACED
This entry was posted on Sunday, January 8th, 2012 at 22:39 and tagged with birthday, cake, chocolate, haribo and posted in cake, celebration baking, chocolate, frosting. You can follow any responses to this entry through the RSS 2.0 feed.
« gugelhupf
crushed pistachio shortbread »